If you are planning to trade in this market, you need to keep an eye out for 10-year yields in the US, and whether they are going up or down.

Gold markets collapsed for most of September, hitting the $ 1,750 level several times. As of this writing, the market certainly looks like it wants to continue declining, and it certainly doesn’t look very healthy, at least at first glance.

What will be interesting and urgent for gold traders will be the 10-year yield. If the 10-year yield in the United States continues to recover as it has, it makes holding paper much more profitable than paying storage fees to own huge amounts of gold. In this scenario, gold loses and begins to fall rapidly. This is part of what has happened, as rates in the United States continue to rise. This is called a “real rate of return”, ie whether or not interest rates in the bond market are higher than inflation.

From a technical analysis perspective, you can see that the $ 1,700 level has been significant more than once. I also have the one, two and three year moving averages plotted on the chart, and we are currently trading between the one and two year levels. The area between the $ 1,750 and $ 1,700 level has been quite favorable, extending to the $ 1,680 level. It is at the $ 1680 level that I think the market collapses and gold collapses towards the $ 1500 level. As it stands, it certainly looks like we’re going to at least try to go out there and test the area.

However, if we were to get around a breakout above the $ 1800 level, we would test the $ 1835 level and then maybe even down to the $ 1900 level. Remember, most retail traders just see this as a way to get away from inflation, but they forget that bonds can be too. In other words, if you’re going to trade in this market, you need to keep an eye on the 10-year yield, and whether it’s going up or down. There is a huge negative correlation between these two markets when momentum enters one of them, and this is exactly where you need to focus your efforts next month.. Additionally, keeping an eye on those 10-year yields can give you a sense of whether or not the US dollar is strengthening, which also has a ripple effect here. 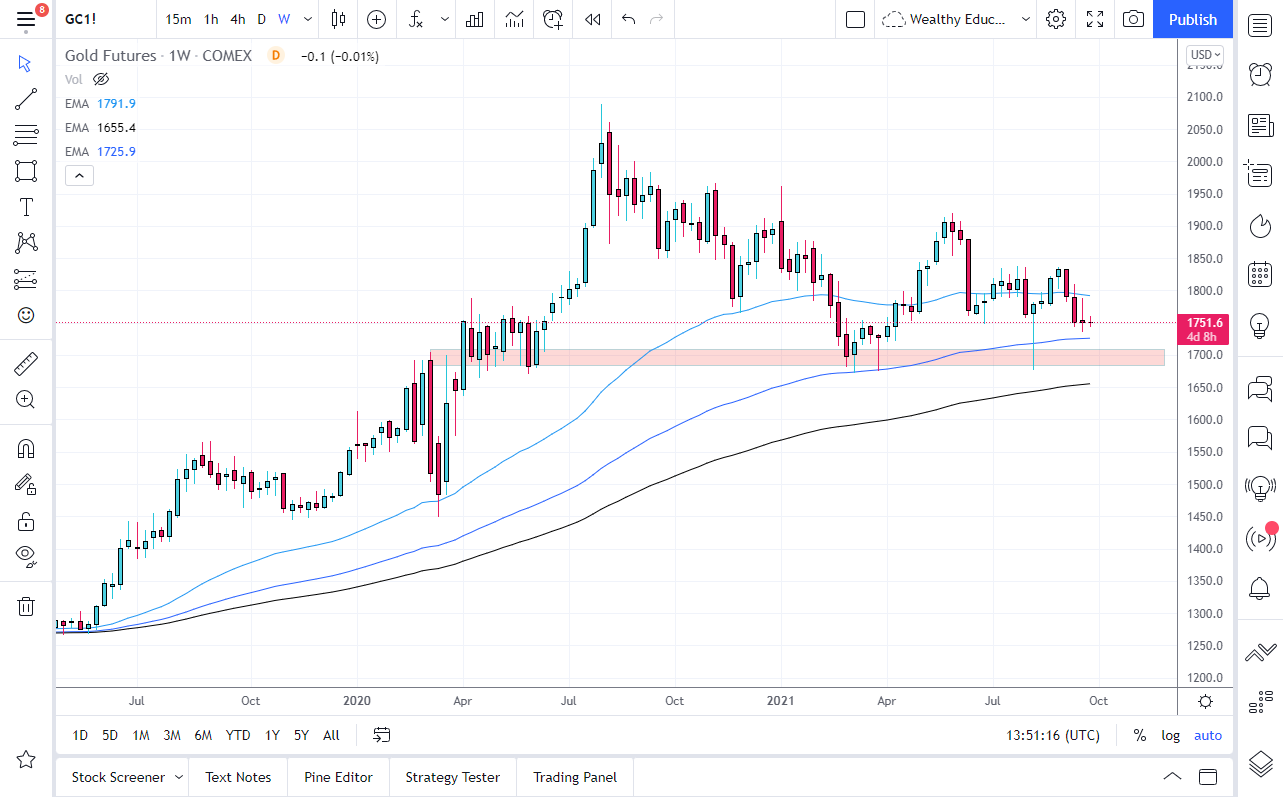