Recognizing the heavy carbon footprint of glass bottles, Rosemary Cakebread researched options for lighter bottles for her exceptional Gallica wines made in Napa Valley. She recently emailed me with her dismayed reaction to what this research revealed: “What I have learned is that more and more wine glasses available on the West Coast are in. made in china ”.

U.S. imports of glass containers from China increased 55% to $ 2.1 billion in the five years to 2018, according to U.S. trade data; industry estimates that year were that 70 percent of the bottles filled by US wine bottlers came from China, and that proportion is likely to have increased since. The U.S. glass bottle industry has also declined: between 2005 and 2011, 11 factories manufacturing glass containers in the United States closed, leaving 43.

Standard 75cl glass wine bottles vary in weight, from less than 400g to over a kilo. The heavier they are, the greater the carbon emissions linked to their manufacture and transport, which represents the largest part of the carbon footprint of wine.

Increasingly aware of this, I started noting bottle weights in my tasting notes in February, wishing to highlight producers who use particularly heavy or light glasses. Based on that, I would say the average bottle used for wine is around 550g, although this varies by country, with producers in the US and Argentina favoring some of the heavier ones.

In a recent collection of tasting notes on Eastern European wines, I found one used by Georgian producer Dugladze which weighed up to 1,025g while most bottles used by the Romanian producer Cramele Recas weighed only 345 g. Recas co-owner Philip Cox points out that these lighter bottles – the larger burgundy shape is easier to make lighter than the straight burgundy shape – cut shipping costs by around 10 percent.

While many of his peer Napa Valley winemakers seem happy to use bottles weighing 800g or more, Cakebread is clearly considering switching to much lighter bottles. But she refuses to get it in China. “In my opinion,” she wrote to me, “it is not viable to buy a 400g bottle and then ship it almost 7,000 miles.

Despite the impact on the atmosphere, shipments of empty bottles around the world are increasing. Every month, for example, 200 shipping containers of glass bottles arrive in the UK from the Al Tajir bottle factory in Dubai, although in this case mainly for beer. In 2018, Croxsons, a south London-based glass bottle supplier, acquired an oven in China to supply customers in the United States, Australia and New Zealand.

In a 2015 report for FEVE, the association of European glass manufacturers, consulting firm EY estimated that 44% of glass bottles travel more than 300 km from the furnace to the filling line. While China is by far the world’s largest exporter of glass bottles, Germany is the second.

Some countries simply do not have glass production facilities or offer little choice. New Zealand, for example, has only one producer, whose bottles that Smith & Sheth wine master Steve Smith found so inconsistent that he imports bottles from France-based Saverglass. According to him, Saverglass “seems well ahead of the pack when it comes to durability and the quality of its glass is first class.” 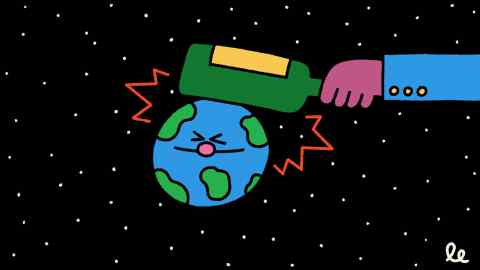 Along with the increased awareness of sustainability, there has been a commendable trend to reduce bottle weight. In 2019, the average bottle weight was down 30% from the previous decade, according to figures from Statista. Accolade, the UK’s largest wine bottler, has reduced its proportion of bottles over 500g from 17% in 2017 to 3% in 2020. Over the same period, the proportion of its bottles weighing less than 390 g fell from 24 percent to 42 percent.

Yet for many, there still seems to be a perceived correlation between the weight and quality of wine. Sebastian Zuccardi is one of Argentina’s most respected winemakers and his company is the country’s leading organic producer. Yet he still uses heavy 900g bottles for his Finca Piedra and Jose Zuccardi wines. He specifies that they were even heavier: “It is really linked to consumers, because in certain markets, the size and weight of the bottle continue to be important.

Indeed, part of the motivation for Croxsons’ investment in China was to supply heavier cylinders. Its website reports “concerns from some Croxsons customers that the industry has moved some bottles from super premium, even premium quality, to a lighter, standard weight bottle. Clearly, the risk for brands using the incorrect weight bottle is that consumers feel a disconnect between price and bottle aesthetics. “

The important Languedoc producer Gérard Bertrand is another defender of organic viticulture but persists with heavy bottles for his best vintages. His justification is common: he maintains that they represent only a small part of his production and that he is doing his part for the planet in the vineyard and by using lighter bottles for the rest of his range. 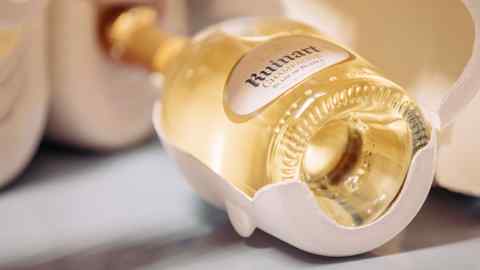 The problem is that producers like him, by putting their more expensive wines in heavier bottles, encourage the perception that good wine comes in heavy bottles. In fact, the most expensive wines in the world tend to be packaged very modestly. Bordeaux Premier Crus, for example, are presented in bottles that weigh little more than 500g.

Chakana is one of the largest producers of biodynamic wine in Argentina. Winemaker Gabriel Bloise reports that when Chakana switched to lighter bottles 10 years ago, European markets welcomed him, but “in the United States we have encountered resistance to lighter bottles and our importer claims that ‘they had a negative impact on sales. . . Asian markets insist on heavy bottles. But the only impact of heavy bottles is visual and they do not improve the taste of the wine. We decided to spend the money [saved by choosing lighter bottles] on improving the wine (organic, biodynamic) rather than on the packaging, so we were able to improve the quality, reduce the glass and keep our prices stable.

Angelos Iatridis from the excellent Alpha Estate of Greece goes further on the road to sustainability and justifies the hard-to-copy 887g bottle for his top Xinomavro as an anti-counterfeiting measure. He is another Saverglass fan.

Cakebread ended its email with the hopeful observation that in the United States, “supply chain issues are forcing local glass factories to dust off their old equipment.” If “more wineries are asking for light bottles made locally, suppliers will take note and there will be more options.”

To pursue @FTMag on Twitter to discover our latest stories first.