The strength of Australian programmatic: Q&A with Mitchell Greenway, OpenX

In association with OpenX.

In this exclusive interview with ExchangeWire, Mitchell Greenway, Director of ANZ Partner Services, OpenX, takes a look at the Australian programmatic industry and discusses market-level findings from the recent State of Programmatic in JAPAC – 2021 report.

What do you think explains the large proportion of respondents (11%) in Australia who report that their programmatic spending / income has increased by 75%? Do you agree that this represents a change from the traditional filling role of programmatic in the marketplace?

The growing investment in the programmatic ecosystem in Australia can be attributed to both the sell and buy side of the ecosystem. For publishers, while programmatic ad stacks are incredibly complex, they are increasingly comfortable with how best to maximize their returns on programmatic activity. For example, a majority of publishers are adopting header auctions to create multiple on-demand paths, giving them more flexibility in their ability to monetize traffic.

On the demand side, there has also been a normalization of programmatic media buying, and it is quickly becoming the standard way to handle most modern digital purchases. We are seeing this as many Australian agency trading teams and buying units have merged with their traditional digital teams.

Coming to your second question, in addition to simply becoming the de facto way to do most shopping, in recent years there has been a significant shift in advertising budgets from the major linear TV platforms to CTV, Broadcaster Video-On-Demand (BVOD) and digital video platforms. This increase in scale and channels means that programmatic is no longer seen as’ traditional infill ‘, and in fact I would go so far as to say that programmatic is now generally seen as a platform for’ big buy ”.

What will the next 12 months look like for the Australian programmatic industry? How can the market boost efficiency and recover revenue as the world continues to open up after Covid? 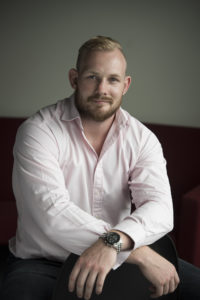 The results of our report demonstrate that the programmatic industry has shown a remarkably strong recovery in COVID through JAPAC, and this is certainly true in Australia. There are other markets around the world that are perhaps a little more cautious in their approach to programmatic, but in Australia the industry is mature enough that there is a lot of confidence in programmatic even when times are tough. The pandemic has created a need for streamlined efficiency and greater flexibility across the industry, which has actually shifted more spending toward programmatic.

Australia still lacks major category spending in tourism, education and accommodation, but even with that we expect the Australian market to experience stability over the next 12 months, as publishers see balanced revenue returns and agencies and DSPs continue to show confidence in media spending.

As a relatively mature market, what are the main growth opportunities for programmatic in Australia? What can participants learn from the other studied markets?

Australia has a high early adoption rate when it comes to formats and new programmatic products, and this early adoption mentality is ideal for publishers to quickly develop and deploy exciting new technology.

The “death of the cookie” was an important reminder for publishers, agencies, and middlemen to get their homes in order, and now that Google has rolled back their timeline by two years, there is more wiggle room. , but it’s still a topic that’s a priority for most people in the industry. In this sense, people-based marketing is a huge opportunity, and all sectors of the market will be looking to “strengthen” their data strategies and start testing them over the next 18 months.

What more can be done to build the confidence of agencies and marketers by enabling first party data in Australia? Why is the market relatively less confident than others in activating first party data, despite widespread access to it?

Our report finds that 86% of Australian advertisers have access to first party data, but the market is not very confident in their ability to actually activate that data. I think a lot of that has to do with the amount of options or solutions out there, and marketers aren’t sure who they should integrate with and if that technology partner or solution can offer scalability.

Publishers ask the same questions and don’t know which Identity (ID) solution they should support, and what will cause scalability on their end. Finding neutral ground for all parties will increase confidence in marketers’ abilities to target people-based audiences across the open web at scale, and I anticipate the industry will work together to test different solutions and determine exactly. where to place their bets.

Fortunately, publishers have been willing to work with marketers and their first party data, and in some cases, publishers have formed Audience Solutions Teams to serve the market specifically in Australia, indicating the demand for more. such solutions. Once more marketers can see that their campaigns with these new ID solutions are not only producing the same performance, but even better than their traditional media buys, we can expect a shift in spend. .